How many of you have seen this film?

Without spoiler I tell you that it is set in the studios of radio 105 where the DJ is up for grabs in the first dialogue of the film two tickets for the Milan fashion week. Huge billboards in the city at the passage of Sergio Castellitto in the car. The film is well done. I liked it. This is a clear example of Product Placement both visual and screenplay.

You don’t know what it is? So here’s a little introduction to a theme that if you have a brand or a company you can’t ignore.

Product placement is a form of communication in which branded products are positioned in an apparently natural way in a pre-existing narrative structure (film, television program, music video, advertising spot related to another product, etc.) in exchange for a monetary consideration (production fee) or other form of compensation: for example the advertiser enterprise may offer the production company a barter to provide products and services necessary for the production of the film.

Product placement involves higher costs than traditional advertising, but the visibility and effectiveness of this commercial promotion technique justify the investment. Product placement is more effective than the classic advertising spot in influencing the television audience, because the product message is not inserted in the appropriate advertising breaks, but within a film or TV program, making the viewer very often unaware of the advertising intent. In particular, while in the TV spot the viewer immediately identifies the source of the message and thus recognizes the commercial character of the message proposed, in product placement the viewer is not led to identify the advertiser as the source of the message, but the actor who made use of the product or spoke about it.

Product placement is a form of non-intrusive communication in which the advertising message reaches the recipient with a pull action: it is the spectator who, deciding to see the film, implicitly comes into contact with the branded product, relating to it in a more or less involving way. Basically, there are three ways a product can be part of the film: visual representation of the product (screen placement), verbal quotation (script placement) or both.

In the film for example it is sometimes too much present, but still inserted in a context that does not make it invasive. The film is pleasantly watched with two main positions in mind.

But how to do product placement?

Simple, just contact the productions or agents for placement. In my case for example I have included prestigious brands in Virgo, my award-winning short in the world, including Frimm, a great brand in the world of real estate agencies.

If you want to know more you can also book a chat with me or my video bear dedicated to this form of interactive advertising.

Let me know if you liked this movie.

Previous articleTHE SETS ARE BACK! HURRAY! BUT HOW DO YOU CHOOSE YOUR DIRECTOR? 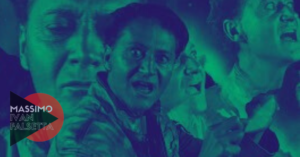 BUT DO ITALIAN VIDEO CLIPS REALLY SUCK? SO ROCKIT THINKS. WHAT TO DO THEN?