BUT DO ITALIAN VIDEO CLIPS REALLY SUCK? SO ROCKIT THINKS. WHAT TO DO THEN?

According to this clear, cynical and scathing article https://www.rockit.it/article/videoclip-italiani-directors.

A logic of the 80s (not all) that sees the video clip as a collage of images accompanying a piece of music.

The journalist then turns directly to us filmmakers by whacking us.

I remember the time when, suddenly called to make some shots in the context of an important music festival, a very popular artist, told me exasperated because, despite the little time available to me, I was trying to create a narrative anyway:

“it’s a video clip, not a movie, take some pictures as they come, then so much the mountains after time”

I assure you that in that moment I thought that my worst ears had only heard phrases like “you can change the background in post” or “you can delete it in post production”.

This example is useful to understand who we often deal with: self-centered artists who, even if they are great at making music, are not so in a field of which they often ignore many things.

It would be enough to be guided by us directors, but then again, I don’t justify them, but I understand them.

Starting from Vasco Rossi (if you watch the video clip of Eh Già) up to even the most avant-garde groups, you want for the big ego, you want because fans want to see the star, you want to reduce costs, now shoot a video clip is reduced to:

? Place the artist with a background singing his piece.

Except for the biggest fans, this kind of video you want to tell me that after 30 seconds you have not already, sorry French, contractor?

Let’s take the case of Rovazzi instead. I know, I’m quoting Rovazzi at my own risk, the speech is different. Around a pop piece (that’s more elegant) it builds on a story.

His music videos, although his music style is to me because of how the fresh air of the Dolomites is in Beijing in August, I watch them and I like them and I would be happy to direct them.

Today the quarantine has done more, has caused the artists to recover directly by posing these shots as video clips. It’s kind of like we’re saying that Keith Richards is at his peak with menthol cigarettes!

It’s all there, it’s an emergency situation and it’s nice to have the artists all around me, like Ennio Doris, but the video clip is something else.

Want to bet that from now on, more and more self tape will be considered?

It is also true that if the music lives on contamination, the video must ponder them well. Are we sure that blending music and youtuber or Instgram stories style is the right thing?

Yeah, but the mantra is, “What about visualizations?”

A video of Frank Matano farting in the park, today he has 20 million. So?

Well, who does, you wait. If you are not aiming to provide art and narration to the video clip it is almost natural to think that soon will not even serve the production houses and directors. At least in Italy, since at the international level the Gondry and the videoclips that (like the fashion film) combine two different styles have been in vogue for at least twenty years.

But as my trusted general organizer would say, “Americans do another job”.

And if we look into the world of independent music is that? Of course not. Independents are hungry to emerge. If they didn’t, they wouldn’t have any hope. Those who think that just doing a split screen like Vasco, ignore that they’re not Vasco. It’s hard, but they are.

Below you find a video clip that I shot, is not the best or the most “famous” that I did, but it is definitely the one where the tribute to the cinema is clearly visible.

The cinema in the video is like salt, dosed correctly makes every dish delicious. Without salt? Would you taste it the same way?

In this I answer to the journalist, because as a director I feel called into question. Here lies my personal authority and my style. Putting a little bit of cinema in every work and creating a story that makes the viewer think: and now how does it end?

Simply: the final is different from the beginning. Like a Formula 1 circuit that is not that of the Principality of Monaco.

In each job then:

A start, not necessarily an intro

Why shouldn’t big labels do the same?

If you liked this article, recommend it and share it, maybe they will give us an answer.

Previous articleWORRIED ABOUT THE SURVIVAL OF YOUR WORK AND YOUR PRODUCTION? PRACTICAL TIPS ON HOW TO RESTART, EARN AND RETURN TO THE CINEMA.
Next articleTHE SETS ARE BACK! HURRAY! BUT HOW DO YOU CHOOSE YOUR DIRECTOR? 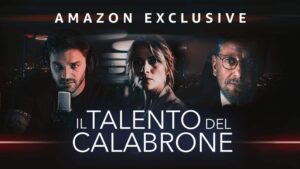