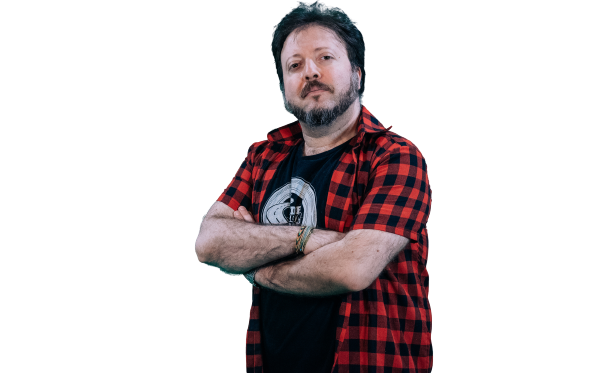 Anatomy of a modern-day director as it once was

I began my professional career in cinema as assistant director in many film and advertising productions, such as the commercials Sicily and Dolce & Gabbana Parfums by Giuseppe Tornatore. 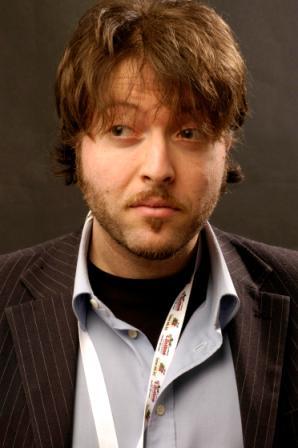 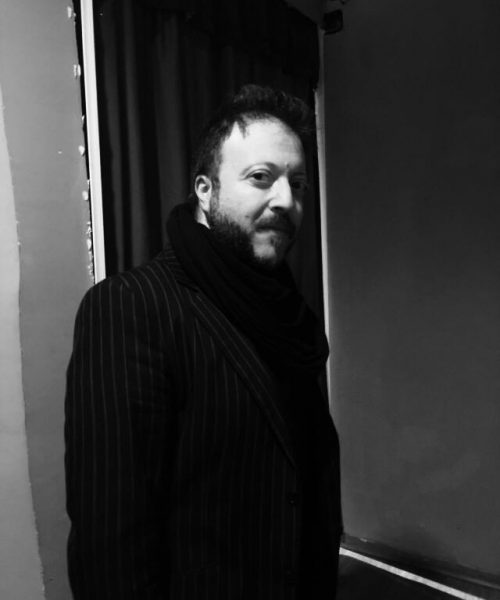 Moving to Rome I take the opportunity to go and stay in the video library of the Experimental Center of Cinematography and I watch a day many movies of our beautiful Italian cinema, movies that in my Calabria was impossible to find. 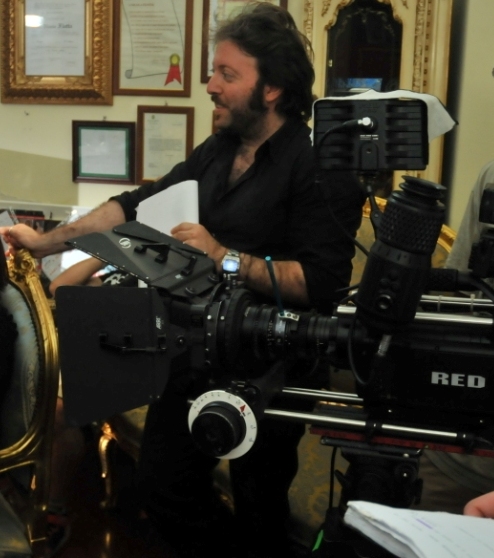 I am noticed wandering in solitary in the corridors, breathing that air I have always dreamed of and after an interview they ask me to collaborate as an outsider, right at the Experimental Center of Cinematography where I work as an assistant director for what will then become a dear friend, Fausto Molina. 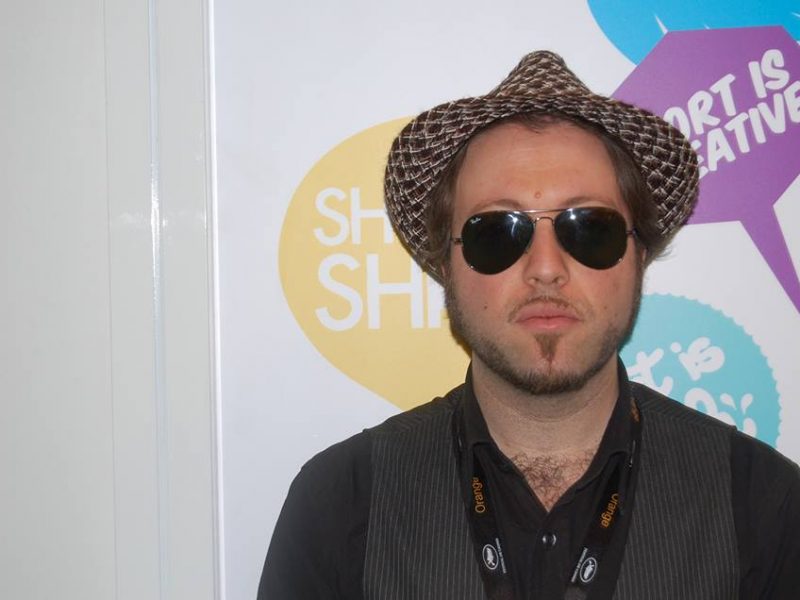 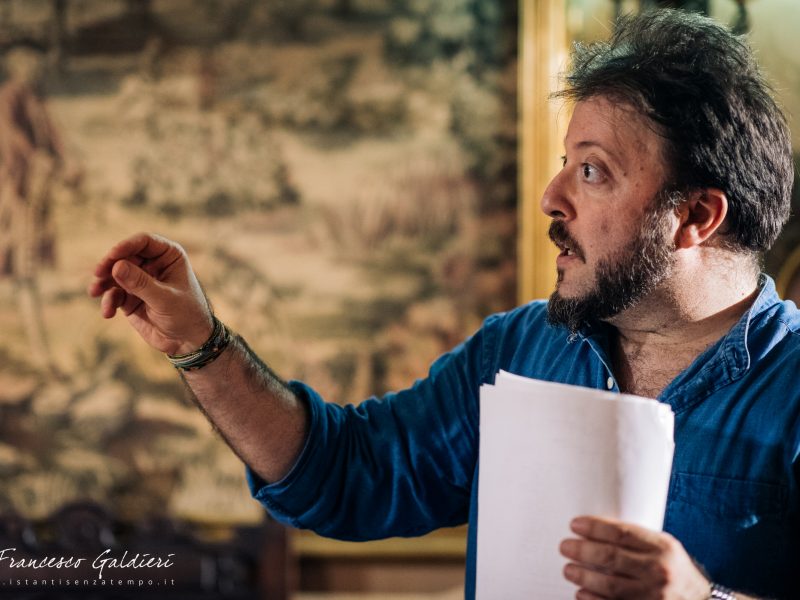 In 2005 I shot the Corto 18 and two figures, in homage to a dear friend of mine who died, Sergio, my classmate at the scientific high school.

In 2006 I shot the videoclip Sahara Consilina, for the musical group Il Parto delle Nuvole Pesanti, with which I stand out at MEI and Rockol and in the Italian squares, But what I carry in my heart is to debut with video clips for the band that we sang in the bonfires on the beach in Botricello, my country of origin.

In 2008 I presented Pioggia a Pois, which earned me the participation at the Short Film Corner in Cannes 2008, at the Circuito Off in Venice and at the final stage of the festival I’ve Seen by Rutger Hauer in Los Angeles.

I was the main creator and jury president of the festival of La Sapienza in Rome Tulipani di seta nera , today the most important event that links cinema and diversity.

In 2009 I was the creator and artistic director of the Sila Festival – an exhibition of eco-environmental cinema and the land of origin.

In 2010 Calibro 10 – the decalogue of crime, feature film Pulp on the ten commandments of Cosa Nostra, in the cast stands the actor Franco Nero, this work was screened at the preview of the Oscar, in the prestigious festival Los Angeles – Italy in 2015. 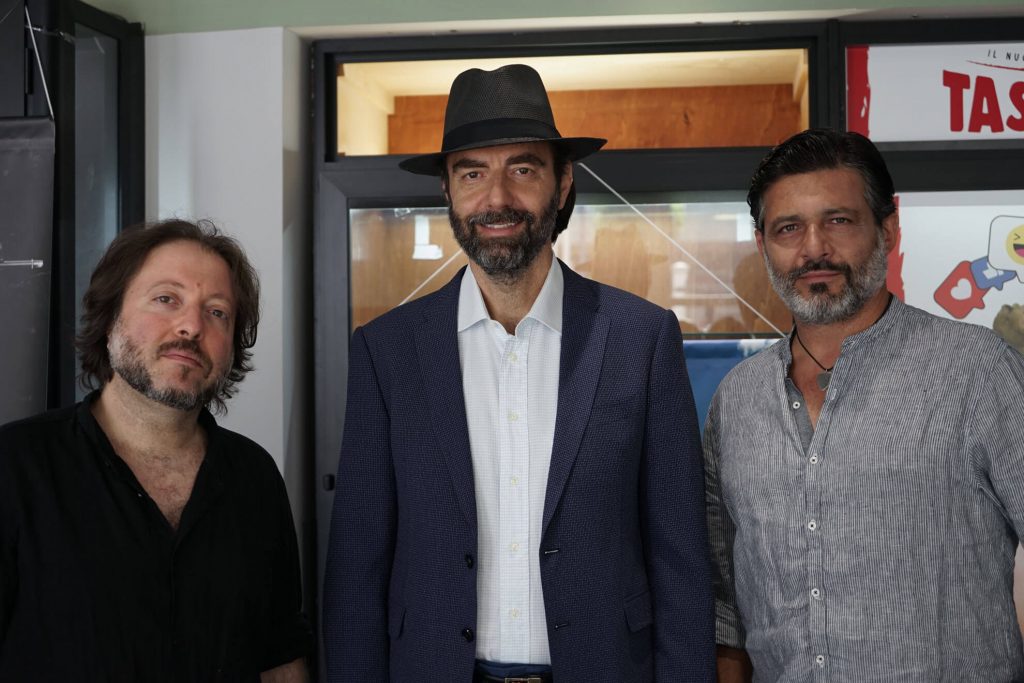 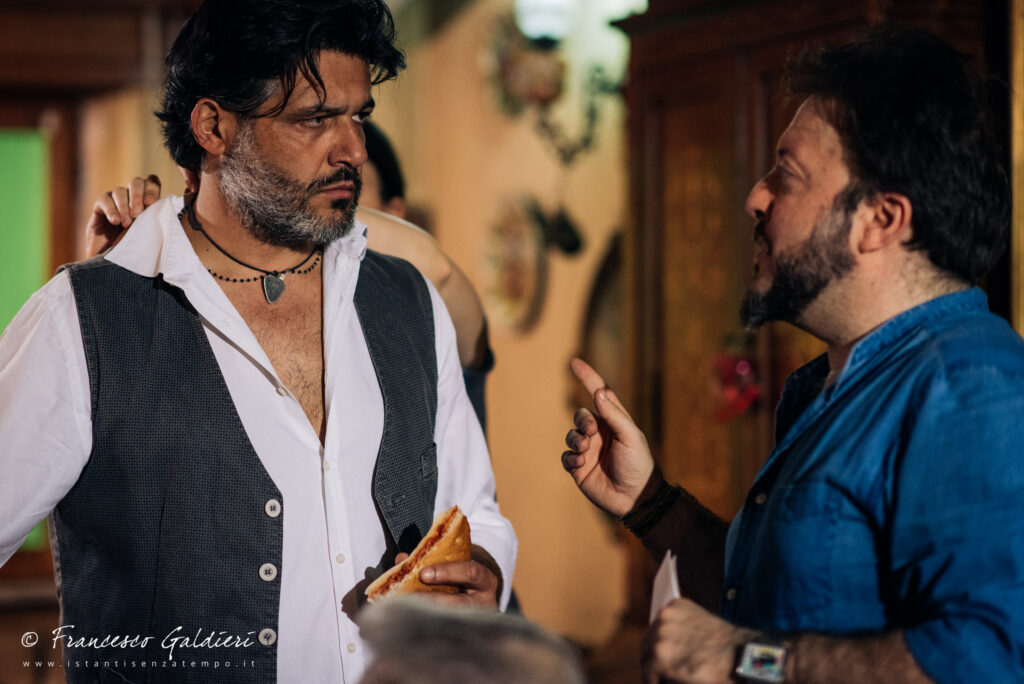 In 2013 I find back  Il Parto delle Nuvole pesanti because I direct the filming of the concert event in Auditorium in Rome.

Soon after I start shooting my first documentary Botricello 50, commissioned by the Province of Catanzaro to celebrate the fiftieth anniversary of the birth of my childhood municipality. Witches and local rituals are the master. There is so much SOUTH.

I was the only independent Italian director authorized by the Holy See to film the funeral of Pope Giovanni Paolo II and the election of Benedetto XVI. Imagine, I was there and there was no Bruno Vespa, stopped at the barrier behind me. If you’re thinking it has something to do with the Vatican, it is not so, I submitted a simple request that was granted.

In 2015, the feature film Onde Road was released, with the soundtrack of the Rockets (for which I shot the video clip Party Queen distributed by Warner Bros) and the participation of Federico L’olandese Volante, Awanagana. The docufilm was in competition at David di Donatello and guest at several national and international shows.

Also in 2015 I signed the co-direction of Terre di Musica documentary on assets confiscated from the mafia together with Salvatore De Siena de Il Parto delle Nuvole Pesanti.

I make my debut in February 2016 at Teatro with the original comedy by Cristina Cubeddu, entitled Interno 3, full of audience at every repeat. An experience I had out of curiosity.

In 2017, on the occasion of International Women’s Day, I made the short film-spot for Susan G. Komen in support of the fight against breast cancer Rebirth.

It was the hardest year for everyone, but for me it was going against the trend.

Although I was stuck at home by the pandemic, I travelled the world thanks to the web. In fact, my latest releases have won me a huge number of festivals and awards, which have earned me participation in many streaming events. They are among the most awarded Italian directors in this stormy 2020. If there was no emergency, I would have gone around the world in 80 days. The best thing? Having been able to explain to so many students what it is to make movies. I remember with affection a masterclass of Sapienza in Rome of the course in Fashion Studies, where to connected guys from all over the world, I brought my experience as a film director and creator of fashion films for fashion. Having had so much time to spend with my family, Vale and little Margot was my daily bread and butter. 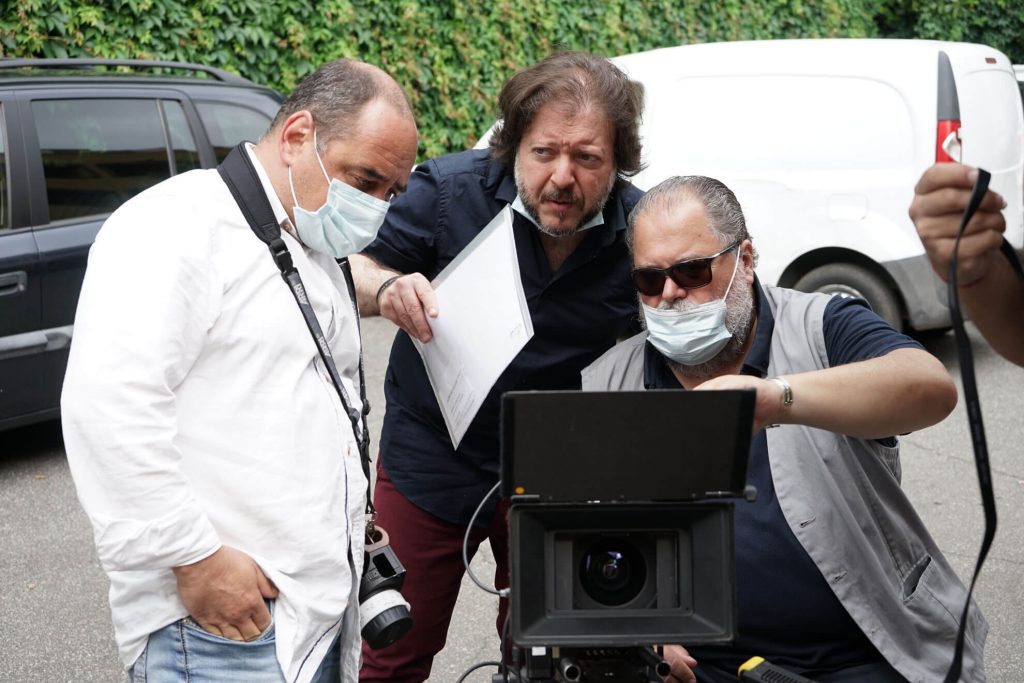 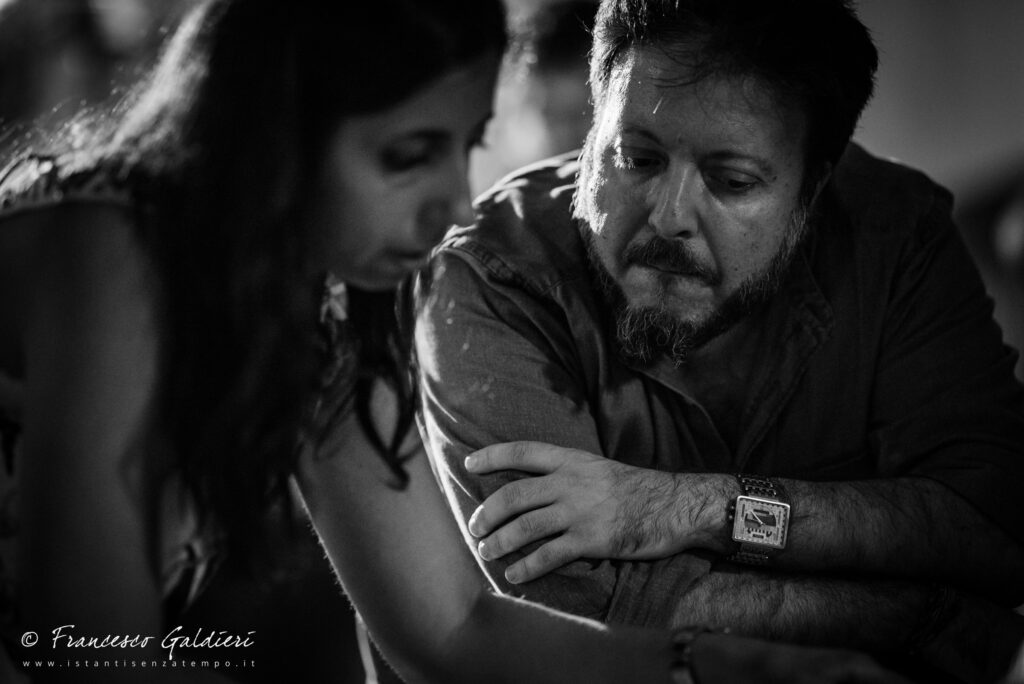 2019 I shot the Fashion Film Eclectic for Ascèt soon to be published. As a screenwriter, I get a grant from Mibac to write my next work. The story was the best of the session. In 2020 I won the Creative Concept award at the Chicago Fashion Film Festival.  With Virgo I win the Linear Film Festival in Manchester as best drama 2020 and Best Director Sci-Fi in London. 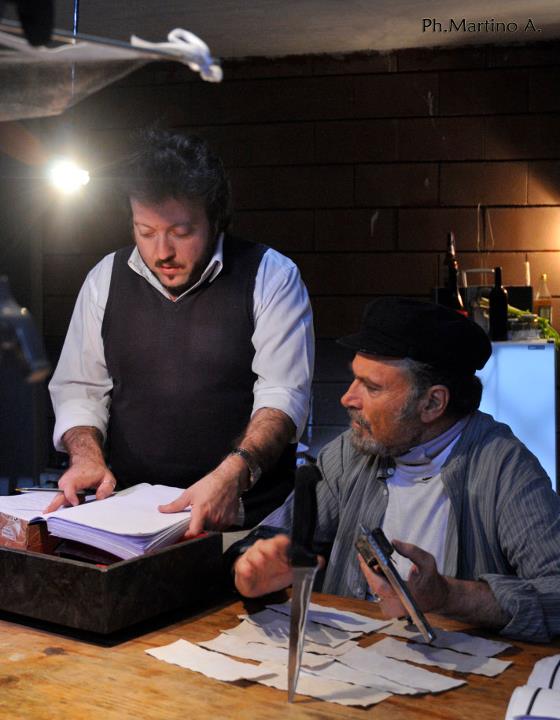 My first novel, La Tripla, published by Rossini Editore, comes out with a preface by Federico L’olandese volante and the back cover by Neri Marcorè. The book can be ordered in all bookstores.

I am the creator and artistic director of the Roma International Fashion Film Festival, the first festival in the capital dedicated to the world of Fashion Films.

È stato l’anno più difficile per tutti, ma per me in controtendenza.

"When you work with the greatest learn from them " the job" but above all humility and grandiosity of mind. That’s why I prefer those who still listen and talk about cinema than the producers who tell you "send an email ".

BOOK A CALL DIRECTLY WITH ME 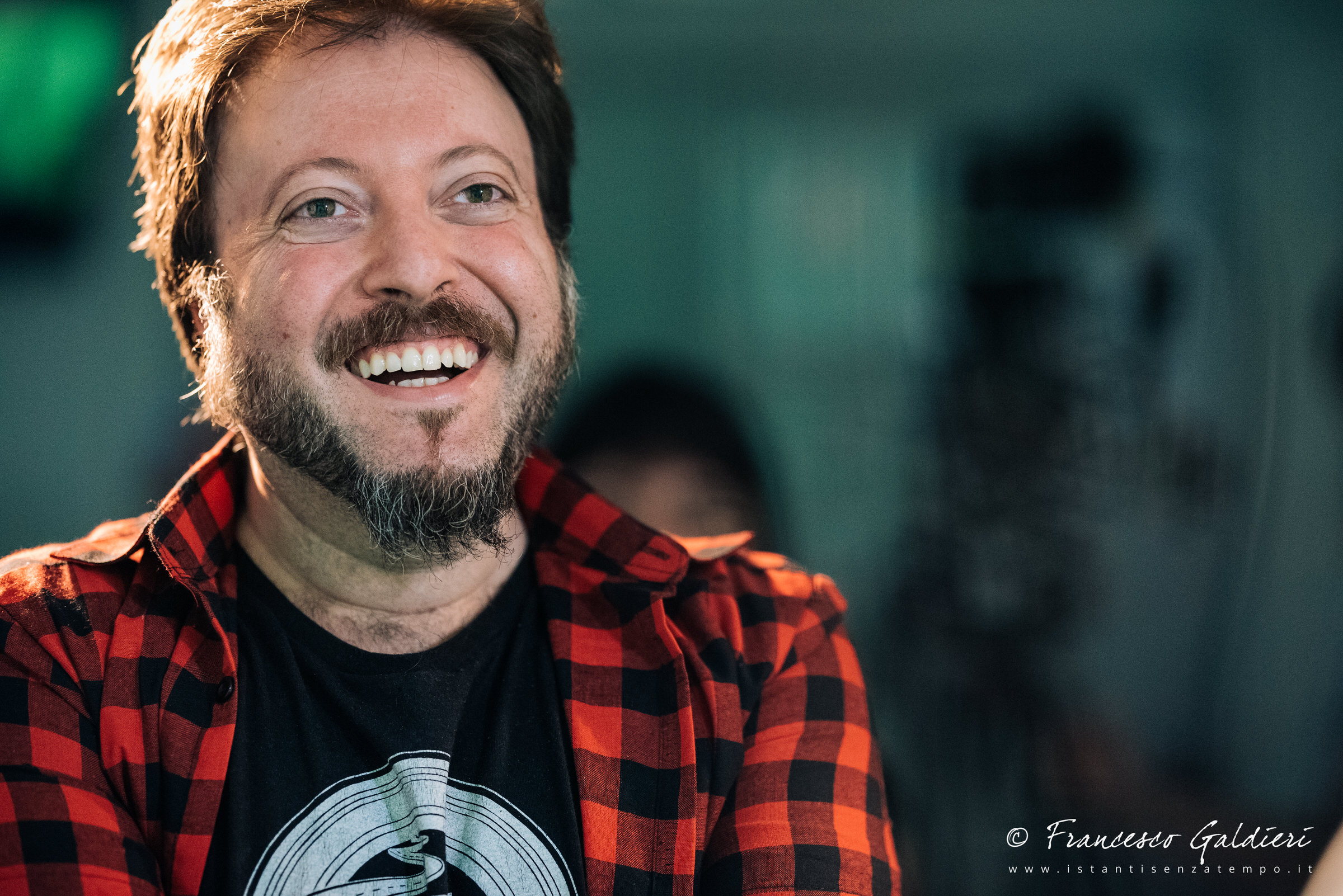 I’ll get back to you as soon as is possible.